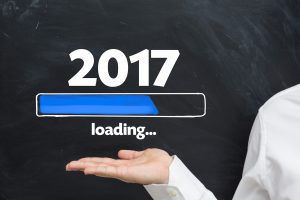 Utah auditor: No financial wrongdoing by Wasatch group
By The Associated Press | The Seattle Times
September 13, 2017

Auditor finds no evidence of spending misconduct by Mountain Accord
By Katie McKellar | Deseret News and on KSL.com
September 12, 2017

Utah liquor audit finds millions of dollars in errors at DABC
By Kathy Stephenson | The Salt Lake Tribune
May 30, 2017

Audit: Utah DABC failed to report hundreds of millions of dollars in revenue, goods sold
by Sara Weber | KUTV2
May 30, 2017

Office of the State Auditor Releases Audit of Department of Environmental Quality, Division of Water Quality – May 2017

To stay or go? Cedar City Council split on ULCT membership
By Bree Burkitt | The Spectrum
May 5, 2017

How an accounting error led to a criminal investigation of payments to a Kane County commissioner
By Taylor W. Anderson | The Salt Lake Tribune
May 13 2017

Just in – Response from county officials
Southern Utah News
May 1, 2017

Audit of Utah League of Cities and Towns to be turned over to prosecutors
by Brian Mullahy | KUTV2
January 19, 2017

Unified Fire Authority punts on decision of whether to sue to seek recovery of hundreds of thousands of dollars in allegedly misused public funds
By Taylor Stevens | The Salt Lake Tribune
September 18, 2018

Has the Unified Fire Authority cleaned up its act? Under the new chief, once-exorbitant bonuses have dropped to zero
By Taylor Stevens | The Salt Lake Tribune
September 17, 2018